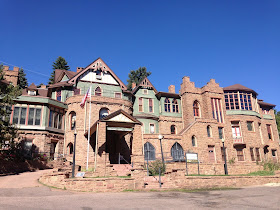 Kerry Hammond is here today to report on her recent visit to a haunted castle located in Manitou Springs, Colorado. What could be better than ghost stories on Halloween...

Miramont Castle, built in 1895, is not only on the National Register of Historic Places, it’s also rumored to be haunted. The museum curator who was on duty told stories of strange happenings at the castle. There have been several instances where workmen have returned to the castle to pick up their tools, only to find that they were moved to a different location. When questioned, none of the staff had touched any of the tools. One guest on a tour was a bit freaked out when her phone started to play a religious song. She not only didn’t listen to that type of music, but her phone wasn’t connected to itunes, nor did it contain any music files. We were shown several photos left by guests that contained orb-like images. They were quite large (way too large to be dust specs that you often see in photos when the light is right). Many of the photos had multiple orbs in varying sizes. 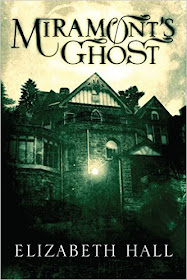 The castle was originally built as a home for Catholic priest Father Jean Baptist Francolon. It is located about 70 miles south of Denver, in the small town of Manitou Springs, which is also known for its many fountains of carbonated spring water. Father Francolon had a bit of a checkered past, and Elizabeth Hall published a book called Miramont’s Ghost, blending fact and fiction. The story uses Francolon’s background and his move to Manitou after the castle was built, and contains facts about his dark secrets that eventually came to light. 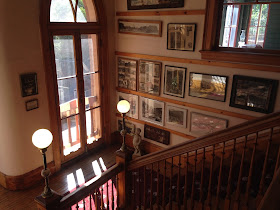 Father Francolon, who was very unpopular with the locals, eventually left for France in 1900. The castle was purchased by the Sisters of Mercy, who previously used his first residence, located behind the current castle. They ran the Montcalme sanitarium at Miramont, treating patients suffering from tuberculosis from 1895 to 1928. 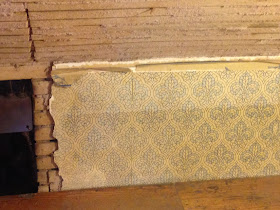 The castle is now a museum that offers a self-guided tour. The rooms are decorated as they would have been when Father Francolon lived there, showing a variety of furnishings, clothing, and other items used during that time. There is even a glassed in area showing a bit of original wallpaper still on one wall. It’s glassed in because the wallpaper contains arsenic, which was a common additive back in the day. 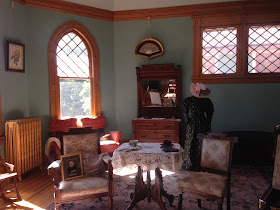 There is also a Tea Room that services a wonderful High Tea, offering tasty treats and excellent service. They even have a hat rack where you can choose a hat to wear during your tea. If you’re ever visiting the area, this is a great place to stop. Don’t forget your camera, you never know when you might capture an orb. 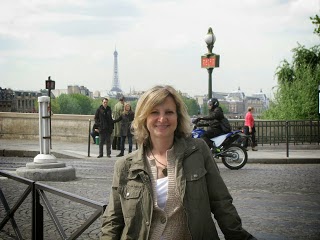